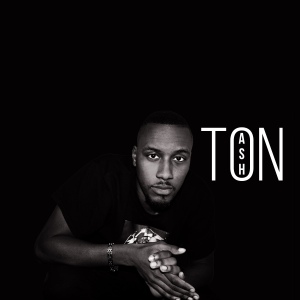 Pirate Republic Brewing Co. is the place to be this Saturday! Nassau hip-hop artist Ton Ash is going to put a face to the name behind the music that’s been taking over the airwaves lately.

With über catchy hooks, solid melodies and a flow that feeds your spirit, his music appeals to a broad range of audiences. As his art continues to evolve, and he develops his business savvy, we can expect to see big things from this young, hot artist.

What started out as an interview about his new release turned into more of a free-flowing conversation about everything from Buddy Hield, the Bahamian music scene, and BJCs. Even though this St. John’s College grad wasn’t a fan of English class while growing up, he ended up with one of the top exam essays at his school, and later pursued electrical engineering at ITT Technical Institute. He’s been writing songs since high school, and though he’s done some of his own beats and mixing, he prefers to stick to the lyrical side.

A huge fan of Jay Z, Fabulous and the Bahamian rapper Debo, it was natural that the young Ashton Newbold ended up in the rap game. He was also inspired by Ras Cat and Joe Bloe, who he ended up collaborating with to create the hit, “I’m Dope”. Ton Ash also named his mix tape “Dope” as in ‘fresh’. Despite the fact that there’s a fair bit of cursing on his tracks, the subject matter is pretty clean.

Whereas political references in “Welcome 2 My City” may have prevented it from being played on Cable 12,  Ton Ash decided to make “Bahama Mama” with the tourism market in mind. As a patriot, he just wants to see real change in his Bahamaland, and views himself as a sort of ambassador for his country.

The “Bahama Mama” video launch party will be held at Pirate Republic Brewing Company, downtown Nassau this Friday, February 20th at 8:00 p.m. Tomii Culmer, Tavette Darville, and Alicia Major are just a few of the beauties representing the diverse looks of Bahamian women.

This launch party will include some live performances, but mainly, his goal is to create a fun atmosphere and generate buzz about the music. Ton Ash has invited SLP Junkanoo, Andrew Knowles Body Art, and DJ Raz of Top Notch Entertainment to add to the party vibe.